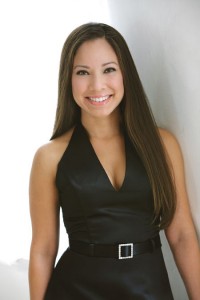 Dawn Gutierrez, a native of Long Island, New York, received her Bachelor of Science degree in Music Education at New York University and her Master of Arts degree in Vocal Performance at The Aaron Copland School of Music at Queens College. Dawn joined the faculty at OTC in the Spring of 2011 as an adjunct voice instructor. She has had the pleasure of teaching the group voice class at OTC every semester since then. Dawn made her professional operatic debut as Young Pocahontas in the world premiere of Linda Haugen’s “Pocahontas,” at the Virginia Arts Festival with rave reviews, from both here and abroad. She has had the pleasure of performing with the New York Summer Opera Scenes in Manhattan and also performed several roles at Shaker Mountain Opera. Dawn performed as Najade in Strauss’s “Ariadne auf Naxos” with The German Opera Project in NYC. She also performed regularly as a much-favored soloist with Northport, New York’s highly acclaimed Opera Nights and the Ridotto Arts Organization performing works by Rossini, Strauss and Mozart. Dawn has also performed as a concert soloist, in such varied works as Brahm’s “Ein Deutsches Requiem” and Schubert’s “Mass No. 2.” Dawn’s relocation to Springfield has afforded her the opportunity to make her debut with the SRO Lyric Theatre, as well as a soprano soloist with Springfield Mid-America Singers and the Springfield Symphony Orchestra. Aside from her private voice studio, she also proudly serves as adjunct voice faculty at Evangel University. Dawn and her husband Daniel, have recently added a new musician to their family, with the birth of their amazing son, Zane, March of this year!