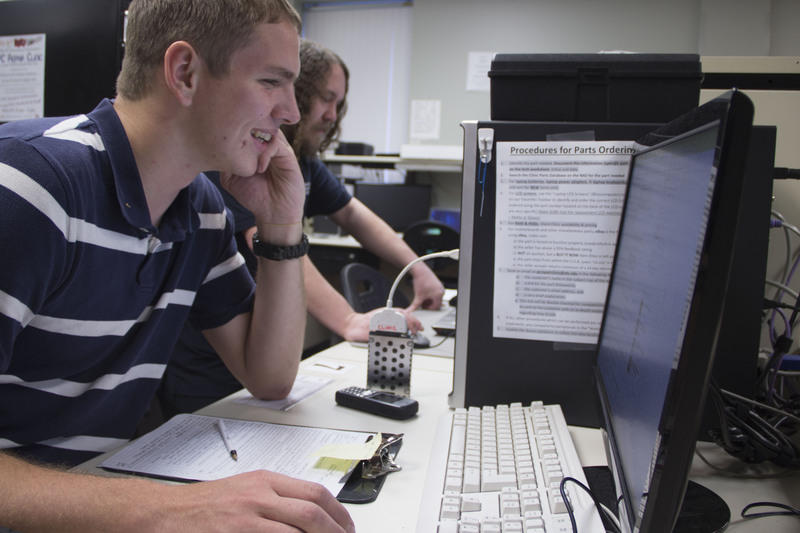 The jobs in Information Technology are nearly endless — so are possibilities for networking students at OTC. Learn how to assemble and repair computers, install network cabling systems manage back-end network support systems and more in the OTC Networking Technology department. Upon graduation, students are ready to get a job as a network technician, computer technician, network cable installer and more — each making an average of more than $35,000 a year in Missouri.

Learn the basics of networking technology, while advancing computer skills already obtained in this hands-on program. Students discover the nuances of operating systems, learn the basics of network security and complete an internship during the program. As a Cisco Academy, OTC’s Networking program teaches comprehensive CCNA curriculum as a part of this lucrative degree program. Classes include Windows Client-Server, Network Communications and Cabling and the Linux Operating System.

The mission of the Networking Technology program at Ozarks Technical Community College is to provide its students with relevant, timely, and functional education to maximize options in employability, professional growth, and career success in IT-related fields. Typical entry-level positions may include; computer repair, systems administration, communications media installation, customer support, and any other roles. The department’s advisory committee guides development of curriculum and competencies that ensure the Networking program’s ongoing relevance and value to graduates and employers.