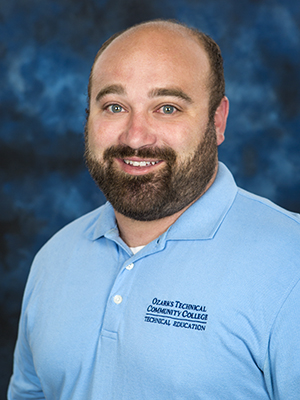 Evan Wingo grew up in Buffalo, Missouri. As a young man, he became interested in auto repair at a friend’s house, watching a family rebuild vehicles for themselves and their business. Prior to joining OTC in 2012, he received an associate’s degree from OTC and worked as an instructor at an area career center. Current, he teaches Non-Structural Analysis and Repair, Damage Repair Metal Weld/Cut, Structural Analysis and Dimensioning and Structural Repair.