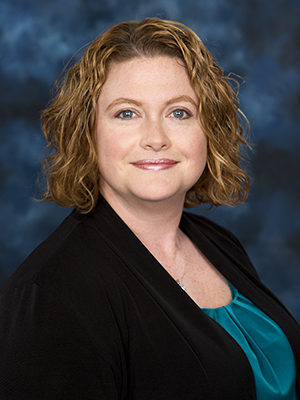 For as long as she can remember, Tiffany Ford has been taking things apart and figuring out how things worked. Her father purchased a computer when she was young to help with the family’s marina at the lake of the Ozarks, and she was fascinated by it. She taught herself some basic HTML and programming as a teenager.

The internet opened up doors to both endless possibilities and a thriving career. She worked as a part-time tutor for computer programming in the Tutoring and Learning Center from 2003-2005. After graduating from OTC in 2005, she worked in freelance website development and desktop application programming before working as a desktop deployment systems administrator in OTC’s Information Technology department in 2006.

She returned to teaching others about technology as a full-time faculty member in Computer Information Science in 2008, and in 2012, she became department chair. She received associate’s degrees in Computer Information Technology and Internet Application Development in 2005. Then, she went on to complete her Bachelor of Science in Technology Management from Missouri State University in 2007. She went on to earn her Master’s of Science in Career and Technology Education within an emphasis in Teaching Leadership in 2010 and her Doctorate in Education with an emphasis in instructional leadership in 2015 from Lindenwood University. Currently, she teaches a variety of classes each semester, ranging from first-year programming courses to overseeing capstone classes.