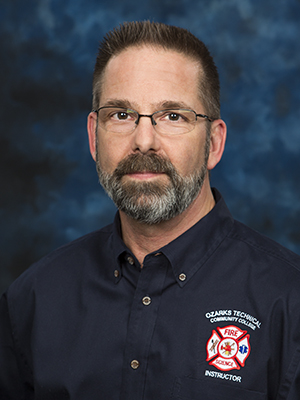 For more than 20 years, Richard O’Connor worked in fire service. He joined the Springfield Fire Department in 1993 as a firefighter, going on to be promoted through the ranks. O’Connor served as an equipment operator for four years, captain for 11 years and the department finally promoted him to Chief of Special Operations. He served in that role for five years. For most of his career, he was training firefighters, which is what he does now at OTC. He joined the OTC Fire Science program in 2014 and in 2016 OTC named him a full-time instructor after he retired from the fire department. Currently, he teaches Hazmat, Strategy & Tactics, Emergency Medical Responder, Introduction to Fire Protection and Emergency Services and Building Construction.