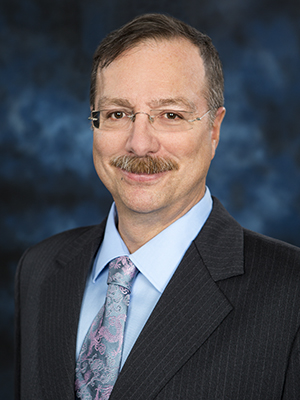 George Gibeau became interested in computers as a hobby while he was an undergraduate studying biological sciences at the University of Cincinnati. Piece by piece, he built computers from parts, and a hobby turned into a passion.

Gibeau went on to earn his master’s in biological sciences, but his chosen career path was directed by computers. In Cincinnati, he worked as a supervisor at Siemens, managing a team of IT professionals who would solve technical problems for Fortune 100 companies.

In 2001, he moved to Springfield, and a year later, became an adjunct instructor for OTC. He taught computer networking and technology courses, becoming full-time in 2003. Now, he serves the department chair for Networking Technology, Electronic Media Production and Graphic Design Technology, overseeing a team of 10 full-time staff members and more than 15 adjunct instructors. He teaches 3-4 classes each semester, including Capstone, Visualization, Cisco CCNA courses and a variety of networking courses.