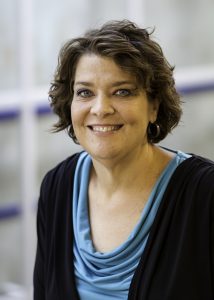 Kristine Harris grew up in Bolivar, MO and, from an early age, enthusiastically pursued a career in music.  A trumpet player, she has performed in numerous orchestras, brass quintets, jazz ensembles, and founded The Brass Company, winner of the New York National Brass Quintet Competition and finalist in the International T.U.B.A. Quintet Competition.  In addition to her ensemble work, Harris has had an active solo career performing throughout Europe, Asia, and the United States.  Her solo performances include such venues as St. Peter’s Basilica in the Vatican, St. Mark’s Basilica in Venice, St. Andrew’s Cathedral in Edinburgh, St. Paul’s Cathedral in London, the Church of St. Nicolas in Prague, and numerous other locations in London, Wales, Italy, Moldova, the Ukraine, and China.

Dr. Harris earned her Bachelor of Science in Trumpet Performance and Theory/Composition from William Jewell College, her Master of Music in Trumpet Performance and Conducting from the University of North Texas, and her Doctor of Arts in Trumpet Performance and Theory/Composition from Ball State University.  It was while working as the trumpet teaching assistant at Ball State, that Dr. Harris realized a passion for teaching.  Since that time, she served as the Director of Bands at College of the Ozarks in Branson, Chairman of the Division of Music and Fine Arts at Truett-McConnell College in Cleveland, Georgia, and Instrumental Coordinator/Theory Professor at New Orleans Baptist Theological Seminary in New Orleans.

In addition to her academic pursuits, Kristine is committed to International Missions and has worked with orphans, street children, women in drug rehab, and church planters in several former Soviet Countries and China.  Kristine recently returned to the Ozarks to be closer to her family.