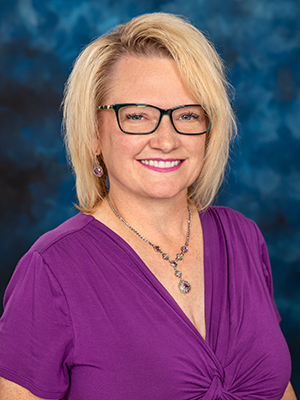 Dr. Michelle Crum, RN, BSN, EJD is the Program Director for the Springfield Practical Nursing Program and has served as an instructor in the program since 1998. She graduated Summa Cum Laude with a Bachelor of Science in Nursing from Capital University in Columbus, Ohio. After graduation she became a commissioned officer in the United States Army Nurse Corps and spent more than five years on active duty taking care of America’s soldiers, families and retirees. Upon separation from the military, she began working at Mercy as the Perioperative Supervisor for Urologic Services until she made the move to Ozarks Technical Community College. In 2007 she was accepted into the Executive Juris Doctor Program at Concord Law School and graduated three years later with top honors, earning the EJD Award for Academic Excellence.