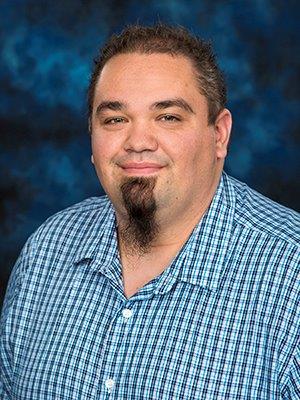 Erick Hutson is a Simulation Technology Specialist for the Health Sciences Simulation Center at Ozarks Technical Community College. He graduated from the college’s Networking Technology program in 2014. The program teaches skills that will qualify graduates in Information Technology administration, planning, and implementation. In 2014 he was hired to work for the Simulation Center as IT support. Erick’s primary roles include: improving current technologies in simulation, establishing new technologies, coordinating with OTC’s IT departments in areas that concern the simulation center, providing technology user support, and resolving IT issues in daily operations of the Simulation Center.

In 2012 Erick married his wife, Morgan Hutson, who is a Server Systems Administrator in the Network Software Department of OTC. He likes to share time with Morgan playing games, watching science fiction and fantasy shows and movies, watching nature and science orientated documentaries, and playing with their dog, Myles. Personal activities that Erick enjoys are using open-source technologies such as GNU/Linux and performing maintenance on his home.

He finds simulation to be an exciting use of technology while also requiring a broad spectrum of technologies. He enjoys knowing that because of the efforts of the Simulation Center staff learners gather and practice vital skills that save lives.